The Arabic Alphabet is composed of twenty-eight letters. All of these letters are consonants. Two of them are also used as vowels. In addition to these, there are the alif without hamza and the madda (آ), which is a combination of alif and hamza or two hamazas. So, with these, there are thirty letters in Arabic. As regards vowels, there are six: three short and three long. 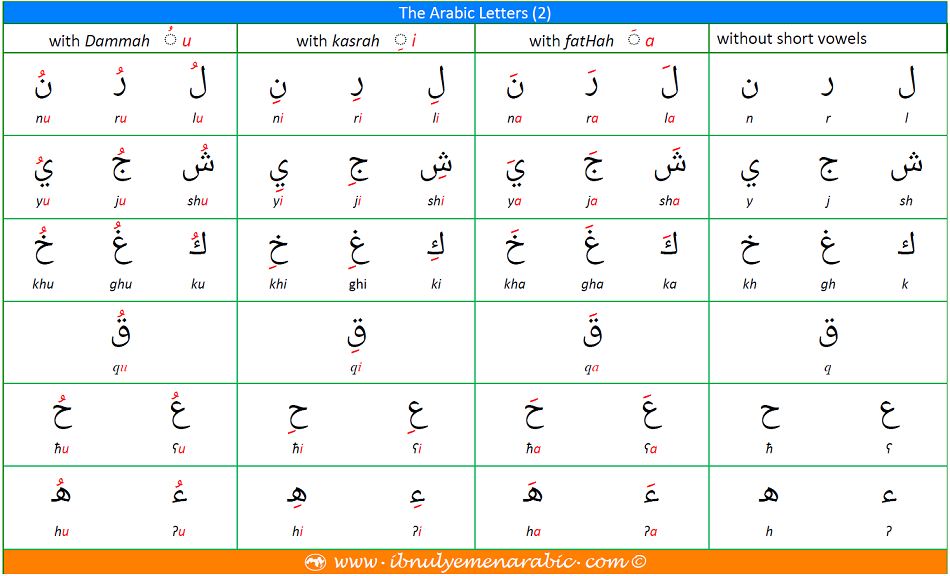 In the next lesson, you will learn how the consonant letters are pronounced when they are followed by long vowels.

There are no comments for this article at this moment. Add new comment .