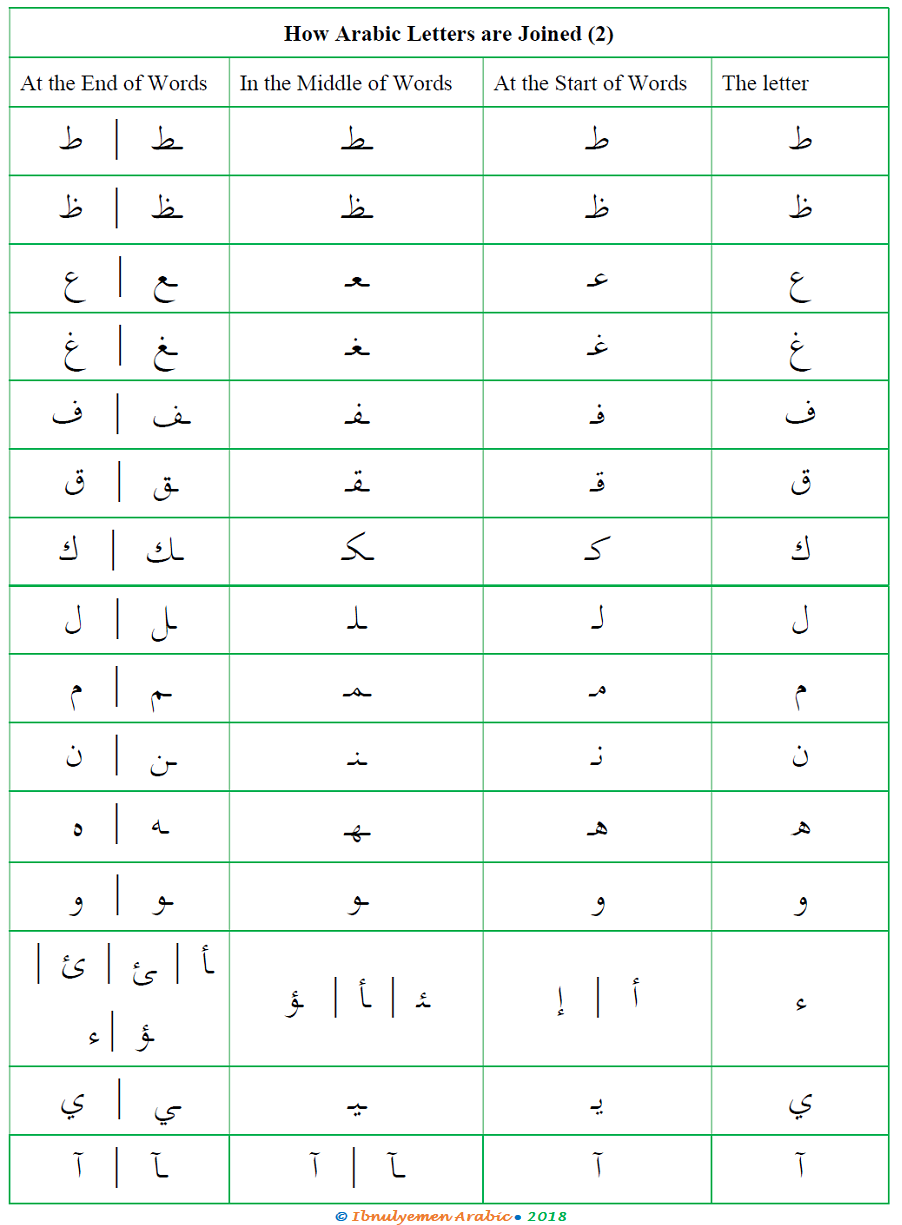 In the table above, except for hazmah أ, alif madd آ, which are both similar to the alif ا in shape, and the و, all the letters at the beginning of the word connect to subsequent letters.

We write the hamzah ء on or under an alif when it occurs at the beginning of the word. We put it on the alif أ if the alif has fatHah over it; if it has kasrah below it, we put the hamzah under the alif إ. The difference between the hamzah and the alif is that short vowels (i.e. fatHah, DHammah, and kasrah) accompany the hamzah, while the alif cannot be accompanied by any of them. In other words, the alif is always saakin, that is accompanied by a sukuun ْ.

The alif madd is basically a combination of two letters. When a hamzah is followed by an alif, they are combined and written as alif madd آ, i.e. ء + ا = آ.

Here are some illustrative examples:

In the next lesson, you will learn how to transliterate Arabic letters/sounds into the corresponding English sounds.

There are no comments for this article at this moment. Add new comment .