Arabic is a cursive language; its letters must be joined to form words. This entails that they change their shapes. The change in shape is not straightforward, as a letter can have three different shapes: one at the beginning of the word, one in the middle of the word, and one at the end of the word. This makes Arabic writing difficult for most beginners, so many learners unfortunately resort to using transliteration, which turns out to be an obstacle in later stages of learning. 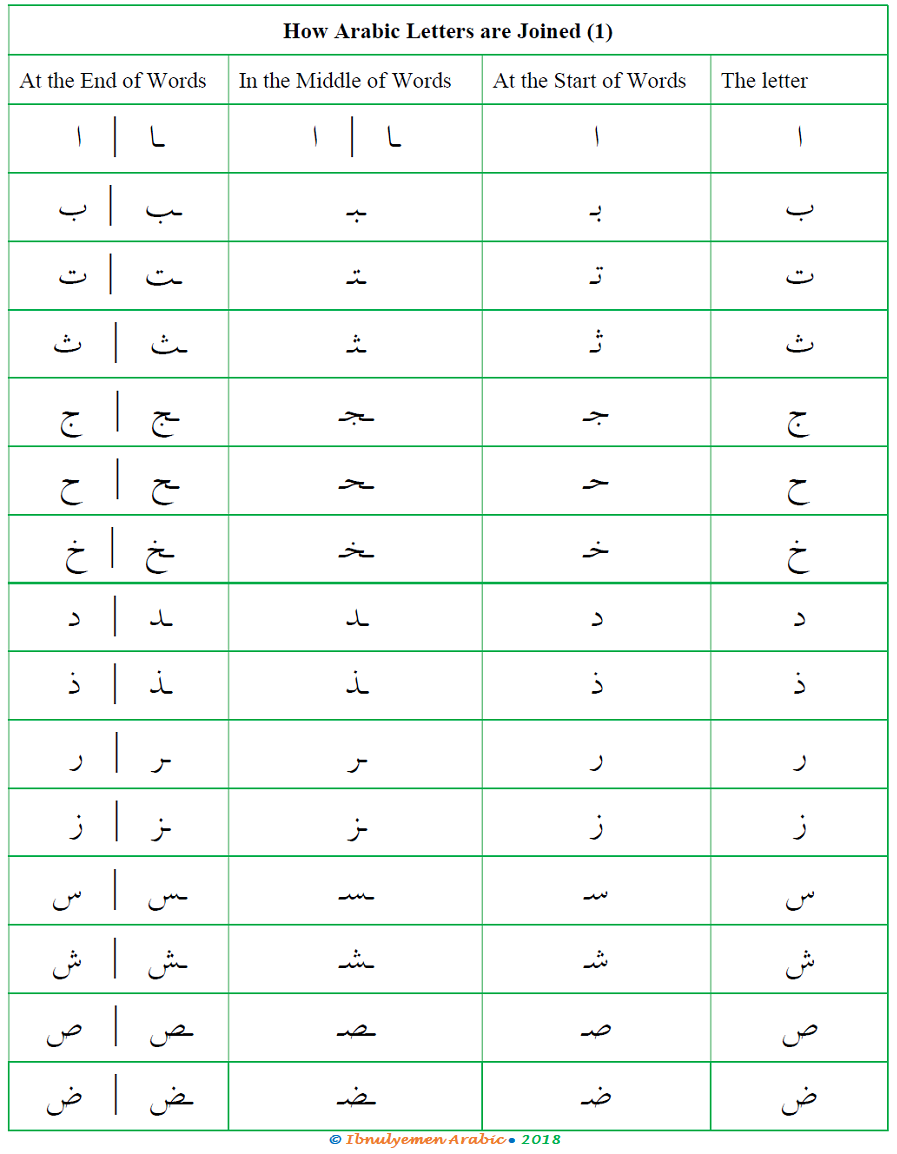 Here are some illustrative examples:

In the next lesson, you will learn how the remaining set of alphabets join to preceding and following letters.